Scott Lynch is a seasoned and passionate security engineer, manager, and all around tech geek. Scott got his start in computers when the Atari 400 was a thing. Before working full time in IT, Scott spent 10 years with the US Navy working in Electronic Warfare on a Nimitz class carrier seeing the world while protecting the fleet from threats during the post Cold War. 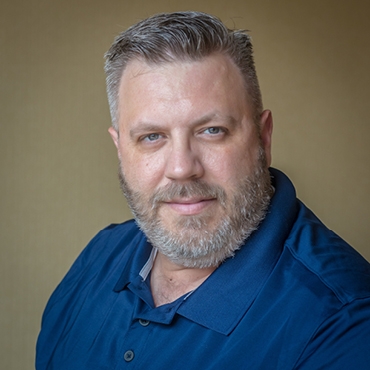 When Scott left active duty he joined a P-3 squadron to enjoy the benefits of being an aviator while working full time at a Satellite Communications company based out of Philadelphia. Part of the lure of coming to Universal Space Network was the founder, Charles "Pete" Conrad, Apollo 12 Astronaut and third man to walk on the moon. The enticement of getting to continue to travel the world working at remote satellite ground stations whilst being a part of the space program marked the beginning of a 20-year career working in everything from ground station antennaes, satellite operations, to mission integration and launch support operations.

This lead to working in IT security permanently over 10 years ago. Since coming on board at Universal Space Network, the company was acquired by its new patent Swedish Space Corporation where Scott spends his time working as the global Security Operations manager for a truly global satellite communications network. Scott manages the CSIRT team and SOC for SSC in support of our global customer base from NASA, ESA, DoD and beyond. Scott has also been a Cisco Instructor for over 10 years teaching the next generation of network engineers. When Scott is not traveling the world for SSC he loves to spend time with his family.

Got Sysmon? How to Deploy Sysmon and Collect the Logs in an Enterprise Environment

"Scott is a man that I have the privilege to call both a friend and colleague. He self-assesses, self improves, and focuses on things that matter. He's a man of the people. If you've ever heard him talk on one of our free online mentoring calls, you'll hear and see him push his interests aside and focus 100% on the individuals." - Justin Henderson

"Seeing how [Scott] tackles problems is eye-opening. It's not just that he's ravenously curious (though he is) he's got this willingness to share that and infectious enthusiasm that you can't help but notice and admire." - Mick Douglas

"When I first met Scott Lynch I could tell he was a go-getter and one that wouldn’t shy away from a challenge. Right off the bat, he showed up with enthusiasm, excitement, an eagerness to teach, and a clear passion for cyber defense in and outside of the classroom. Given his day job work as a CSIRT manager, not only is Scott able to continuously hone his understanding of the material, but he can take that passion and use it to relay the nuances of applying security concepts in real life to students. In the classroom, he’s very approachable, down-to-earth, and always willing to go the extra mile to ensure everyone understands the material." - John Hubbard