Jon Zeolla is co-founder and CTO at Seiso, where he works with companies to secure their use of cloud native applications and environments, including contributing directly to open-source projects and industry standards on their behalf. In 2021 he was awarded Start-up Innovator of the Year by the Pittsburgh Technology Council. He is heavily involved in the Pittsburgh cybersecurity community in various ways, is an IANS faculty member, and a SANS Associate Instructor for SEC540: Cloud Security and DevSecOps Automation. 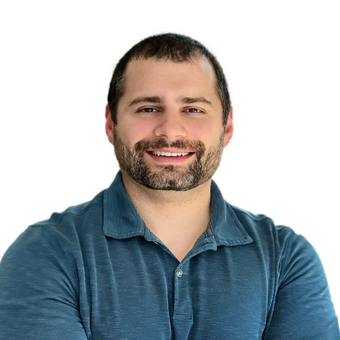 As an instructor, Jon feels it is his responsibility to encourage curiosity in his students, helping them to understand more than just what a tool says it can do on its label, but digging deeper and working to understand how it was developed, learning its tradeoffs and alternative use cases. He encourages students to get creative with how to use tools, but also to periodically develop their own, if only just to learn or better appreciate a solution. Jon’s expertise allows him to explain things simply and thoroughly while incorporating real-life examples.

From an early age, Jon started learning about security due to his competitiveness in video gaming. After developing and improving on a series of hacks and glitches, he turned his attention to the systems and networks around him, eventually getting to the point where his high school hired him part time to remediate vulnerabilities that he identified and disclosed. Jon’s love of finding ways that things could have unintended consequences, coupled with his desire for efficiency and naturally analytical mind, made the DevOps and Security Automation work a natural progression for him out of college. He has been digging into code, processes, and assumptions ever since, with the goal of identifying and fixing vulnerabilities through automation and the creation of low-friction systems.

Early in his career, Jon identified his interest in solving difficult and unique business problems through technology. When he noticed a clear gap in local technical networking events, he created Steel City InfoSec and has been creating hands-on labs, giving and facilitating presentations, and setting up networking sessions for its roughly 1,000 members of practitioners over the decade since. Throughout his career working at an R1 research university, a top 5 US-based bank, and a retailer with over 1,200 stores, Jon has leveraged automation and large scale analysis of security data to perform automated, active defense activities shown to detect and withstand regular APT activities.

Jon holds three undergraduate degrees, including a bachelor’s degree in Cyber Forensics and Information Security, and while in school he was the recipient of two notable awards: "CIS Outstanding Undergraduate Student Award" and "IT Outstanding Student Award". In 2017 he was inducted into the National Technical Honor Society as an Honorary Member. He holds a number of industry certifications including GCSA, GCWN, GPEN, GCUX, GPPA and CISSP. Jon is an active contributor to the cybersecurity community in Pittsburgh and nationally through various affiliations.

When not behind a computer screen, Jon can be found mountain biking through the Appalachian hills, in the gym weightlifting, or playing chess with his son.