When Jon Gorenflo took a job as a network administrator early in his career, the security responsibility of the position was mentioned almost as an afterthought. However, “it didn't take long for me to realize I was spending 90 percent of my time administering security products,” he says. With no seasoned security veterans internally for Jon to lean on, he collaborated with teammates and found mentors by taking SANS classes, reading the SANS Pen Test blog and listening to the Security Weekly Podcast. 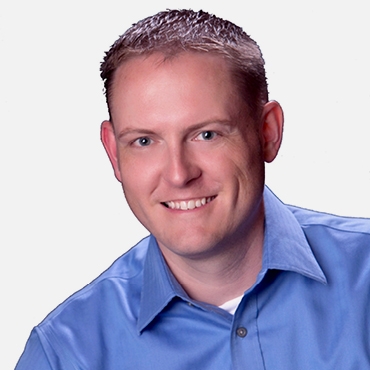 As Jon grew in knowledge and ability, he realized he was fighting an uphill battle against a general misunderstanding of what attackers do, how they do it, and what we can do about it. “I knew no security product was perfect, and a determined hacker could bypass all of it,” says Jon. “That’s when I took the red pill. I haven’t found the bottom of the rabbit hole, yet.”

Jon initially pursued teaching SANS material in his organization through the SANS @work program. While that never materialized, Jon says, he’s “had the opportunity to take what SANS taught me, travel the country, and pay it forward to other people trying to make their organizations better.” Today, Jon is an instructor for SEC504: Hacker Tools, Techniques, Exploits and Incident Handling, and SEC560: Network Penetration Testing and Ethical Hacking.

Jon’s favorite of all these roles was his time with the U.S. Army Reserve, where he served for 11 years. While with the Army Reserve, Jon deployed to Afghanistan, where he learned about leadership, sacrifice, and doing work that deeply matters.

Jon also took the concept of being an “honest broker” from his time in the Army. During Warrant Officer Candidate School and Warrant Officer Basic Course in the Army, “they stressed the importance of telling our commanders the hard truths they need to hear, but might not want to hear,” says Jon. “That if asked, it was our job to stand in the gap and be the honest broker,” bearing bad news if needed. “Repeatedly I’ve found that same need everywhere I’ve worked in Information Security.”

Jon sees his role as a SANS instructor as “nothing more than being an honest broker that teaches students the truth about how technology actually works.” He teaches his students the importance of fulfilling this “honest broker” role themselves as well, so they can positively impact security in their organizations. And his biggest success tip for students? “Ask questions, share your experiences, and keep an open mind,” he says.

Maximizing Your Existing Toolset… I Got 99 Tools, but Time Ain't One, June 2018