Chris Pizor has been interested in technology and computers since childhood, so when he started his career with the United States Air Force (USAF) in 1996 as an active duty service member, communication systems and security was the perfect fit. "This was just the start as I learned about a number of communication methods, systems, transmission mediums, and then how to protect and disrupt them," says Chris. He eventually got the chance to move into an intelligence role doing network monitoring, intrusion analysis, and incident response for the U.S. Department of Defense (DoD) and U.S. Government, including a stint with the NSA Threat Operations Center. 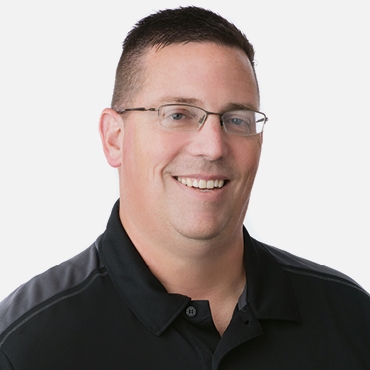 Since then, Chris has worked for Tyonek Services, E-volve Technology Systems, and as an independent contractor. Today, he's back with the USAF as a civilian employee serving as the curriculum lead for a USAF Cyberwarfare training course that prepares students to perform network security, assessment, threat hunting, incident response, forensic analysis, and penetration testing. In this role, Chris researches tactics for doing threat hunting and incident response to improve the training methods used by the Air Force, trains instructors on these tactics, builds and reviews curriculum, and occasionally teaches a cyberwarfare operations course.

"I have had a lot of fun working on some advanced incident response cases, and also doing vulnerability assessments of numerous networks," says Chris. "It is very rewarding to be able to stop an attacker before they gain access and are able to cause damage."

A SANS instructor since 2013, Chris teaches SEC504: Hacker Tools, Techniques, Exploits, and Incident Handling, where he shares the experience he's gained protecting the U.S. DoD network and studying hacking methodologies used by multiple threat actors, including multiple APT groups. "In the classroom, I always try to share lessons I have personally learned or observed over the years," says Chris. "Many of these are, of course, due to making mistakes and learning a better, more efficient way of doing things."

Among the many rewards of teaching, Chris says helping students grasp new concepts and discover new ways of solving problems rank the highest. "Becoming a SANS instructor is a great opportunity to pass on lessons that I have learned over the years, while expanding my own knowledge through student interactions," says Chris. "We can all learn from each other, no matter how experienced or inexperienced anyone believes themselves to be."

In the classroom, Chris encourages students to ask questions, contribute to discussions, think about new ways of dealing with problems, and learn from each other. And he appreciates seeing students implement what they've learned in the real world.

"I had a student in a class that received a call from her company concerning a large-scale data breach involving over 100,000 pieces of sensitive information," Chris recalls. "She and I were able to discuss the problem, infrastructure, and possible containment steps. The fact that she was able to immediately put the concepts to use that we had just discussed earlier in the week was a truly memorable experience."

Chris holds GIAC GXPN, GPEN, GCFA, GNFA, GCIH, GCIA, GISP, GSEC, and CISSP certifications and is a recipient of the General John P. Jumper Award for Excellence in Warfighting Integration. He has a Bachelor's Degree in Intelligence Studies and Information Operations from American Military University and a Master's in Cybersecurity from the University of Maryland University College.

Outside of work, Chris regularly volunteers with his church managing the church's website and network security. He also volunteers with Operation Christmas Child, which delivers gift-filled shoeboxes to impoverished children around the world. In his spare time, Chris enjoys woodworking, fishing, camping, and simply spending time with his family.

Windows Baselining and Remote System Assessment: For the Low-low Price of free-ninety-free, February 2018