Chris Christianson is a Senior Information Technology Consultant at Rivial Data Security, responsible for designing and maintaining network security infrastructure. He also runs his own Information Security Consulting company based in Northern California. He has 20 years of experience and many technical certifications including the GSEC, GCIH, GCIA, GREM, GPEN, GWAPT, GCCC, GISF, GCED, CISSP, CCSE, CCDP, CCNP, IAM, CEH, and IEM. He holds a Bachelor of Science in Management Information Systems from the University of Atlanta. Before starting his own information security consulting services, he worked at Travis Credit Union for 21 years. His last role there was the Assistant Vice President in the Information Technology department. Chris has also been an expert speaker at conferences and a contributor to numerous industry articles. Chris's blog can be found at www.ismellpackets.com. 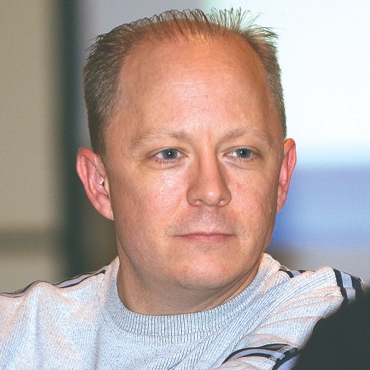 Chris Christianson got his start in cybersecurity in 1999, when he was told to connect the organization's network to the Internet. He didn't know a lot about the internet back then, just that it was a really scary place. There were these people called "hackers" and all these viruses and worms. As someone who was always worried by nature, he quickly found information security as a natural fit.

Before going off on his own doing information security consulting, Chris worked in the finance industry with Travis Credit Union for over 20 years, starting off as a LAN Analyst and leaving as the Assistant Vice President of Information Technology responsible for IT and IT security.

Throughout his career as he faced different challenges, he would take different courses to help him develop the skills he needed to successfully protect organizations, their systems, and their sensitive information. He’s also very passionate about information security and likes sharing what he’s learned with others.

Chris has always been impressed by the quality of the SANS courses he’s taken and the instruction he received and wanted to a part of that. As a SANS Certified Instructor, there is nothing better to Chris than hearing from students that they are applying what they learned, that they got their certification, or that they just took the next step in their cybersecurity career.

Chris Christianson is a Senior Information Technology Consultant at Rivial Data Security, responsible for designing and maintaining network security infrastructure, and he also runs his own Information Security Consulting company based in Northern California.

For more for Chris, check out his blog.